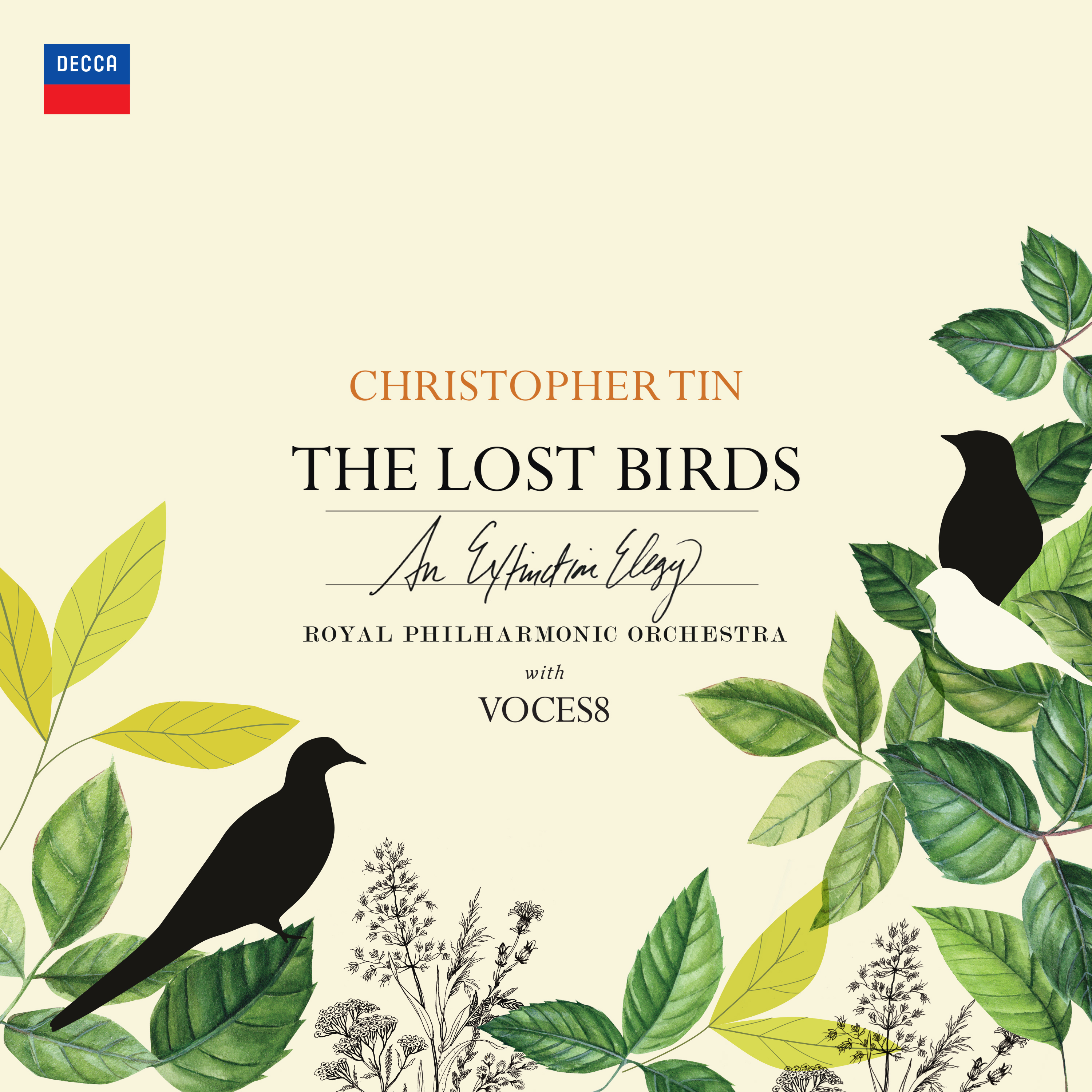 The Lost Birds is a musical memorial to bird species driven to extinction by humankind. Sweeping and elegiac, it's a haunting tribute to those soaring flocks that once filled our skies, but whose songs have since been silenced. It's a celebration of their feathered beauty: their symbolism as messengers of hope, peace, and renewal. But it's also a warning about our own tenuous existence on the planet: that the fate that befell these once soaring flocks foreshadows our own extinction.

The Finest Voices and Players

The Lost Birds is sung by the preeminent British vocal ensemble VOCES8, accompanied by Christopher's longtime collaborators, the Royal Philharmonic Orchestra (conducted by Christopher Tin) and recorded at the legendary Abbey Road Studios. It is Christopher's first release on Decca Classics, and his second release with Universal's Decca Label.

This album is a gentler production than Christopher's previous works. The language is pastoral and romantic, by turns soaring and delicate, but with the slightest whisper of melancholy. It is a response to the noise of our times; a return to simplicity, clean lines, and the timelessness of hymns and folk melodies. It is a triumph of loveliness; a soundtrack for appreciating nature, and a reminder that we must preserve its ephemeral beauty while it still exists.

Christopher once again funded this album with support from Kickstarter Backers to bring his fans into the creative process. With rewards ranging from exclusive behinds the scenes updates to attending the Abbey Road recording sessions, the campaign broke his own previously standing record, raising over $225,000 to become the highest-funded classical music Kickstarter campaign.

Thus In The Winter (feat. VOCES8)

All That Could Never Be Said (feat. VOCES8)

I Shall Not See The Shadows (feat. VOCES8)

Hope Is The Thing With Feathers (feat. VOCES8)


THANK YOU TO ALL OUR KICKSTARTER BACKERS

Click on a tier to expand the list of backers.
If your name isn’t displayed the way you want, please message us on kickstarter.