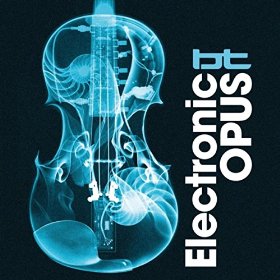 Trance pioneer BT wanted to do a retrospective album where he remade his catalog of dance music songs with full orchestra. Produced by their mutual friend Tommy Tallarico, Christopher was brought in to supply the bulk of the album's arrangements.

The album was recorded in Prague with the City of Prague Philharmonic Orchestra, and conducted by Eimear Noone. The album was mixed at Skywalker Sound by Leslie Ann Jones.

The debut concert was launched during Miami Music Week, a weeklong dance music festival. A subsequent tour is being planned.

BT and Christopher have a long and colorful history. BT was the opening act at the Hollywood Bowl, the night that 'Baba Yetu' was performed for the very first time. Then years later, BT was a presenter at the Grammys the year Christopher won, and actually handed him his Grammy for 'Baba Yetu'. In recent years, Christopher would work with him as his arranger and conductor on several projects, including Electronic Opus and his music for Disneyland Shanghai's Jet Packs ride.