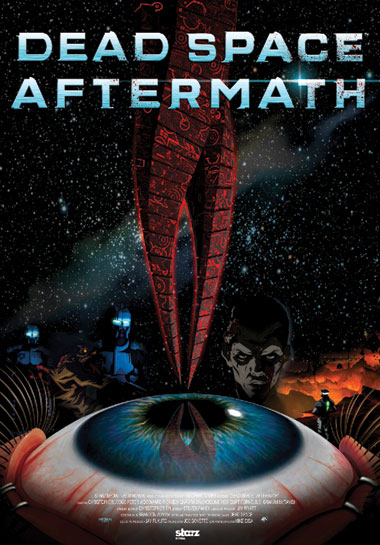 Similar to their previous collaboration 'Dante's Inferno: An Animated Epic', Christopher was asked to write music similar to the score to the original EA video game, composed by his colleague Jason Graves. Much like Jason's score, Christopher's uses a lot of dark, dissonant elements: tone clusters, extended technique, and aleatoric noise elements.

Similar to 'Dante's Inferno: An Animated Epic', 'Dead Space: Aftermath' took an unusual animation approach. The movie is told through a series of Rashoman-style recollections, where the main characters each recount their versions of the demise of their fellow crew members. The 'present day' setting was done using digital animation, while each of the four flashback sequences was animated by a different animation studio, providing a distinctive look to the whole project.