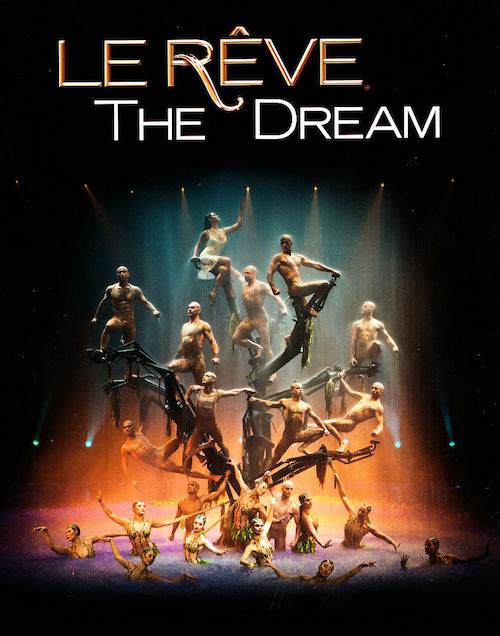 Christopher has always loved dance and live theatre, and when the opportunity to work on a Las Vegas Cirque-du-Soleil style show with a childhood idol of his, 8-time Oscar winner Alan Menken, he leapt at the chance. Alan was hired to compose a new score to an existing show--'Le Reve'. It was a bold experiment where the existing choreography and story of the show was to be kept intact, but the music was to be seamlessly swapped out. Christopher was chosen to be Alan's arranger for the project, which was no small task: 85 minutes of music needed to be arranged and adapted for full orchestra, choir, soloists, and rhythm section. Christopher also conducted the recording sessions at Air Studios in London with his favorite players, the Royal Philharmonic Orchestra.

What Happens in Vegas...

Christopher spent many weeks in Las Vegas at the Wynn Resort and Casino, watching rehearsals of the existing show, working closely with the director and music director, and rehearsing with the singers and live band. He also spent many hours working directly with Alan Menken and Tony-award winning lyricist David Zippel, even visiting Menken's studio in upstate New York for creative meetings. He created fully orchestrated mockups for rehearsal, before his orchestration and music prep team transcribed them for full orchestra and rhythm section. It was a momumental undertaking.

Ultimately the experiment was only partially successful. A tearful Steve Wynn proclaimed that the music was gorgeous, and was enamored with the end musical result; however the risk of completely upending a profitable and successful show with a seismic musical change was too great for him. Two weeks before the relaunch with the new music, Wynn decided to switch back to the old show. However, he did retain a few numbers, notably the show-stopping finale 'Let Love Lead the Way'.