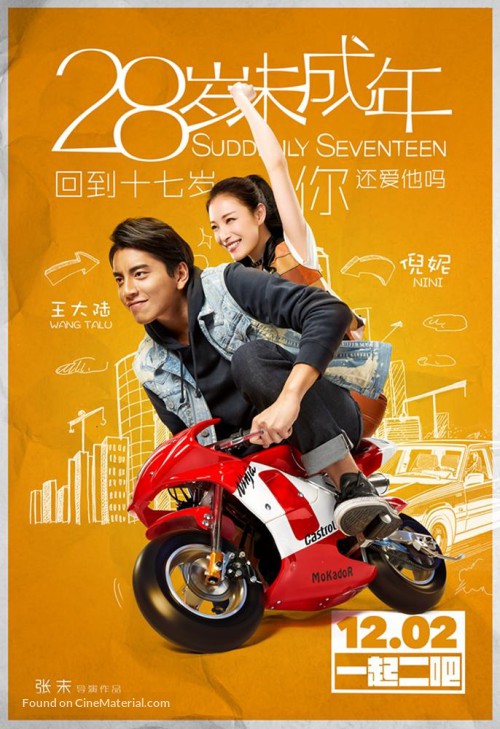 'Suddenly Seventeen' is a fanciful romantic comedy directed by Mo Zhang, the daughter of legendary Chinese director Zhang Yimou. Released theatrically through Asia, the film was a major success for Zhang, who has since moved to Los Angeles to pursue work in Hollywood.

Zhang's direction to Christopher was that she wanted a highly melodic, romantic score. Christopher's score makes heavy use of live piano and strings, with multiple themes for each of the main characters.

'When I Found You'

The film also features a song written by Christopher and performed by Chinese pop star LaLa Hsu called 'When I Found You'.