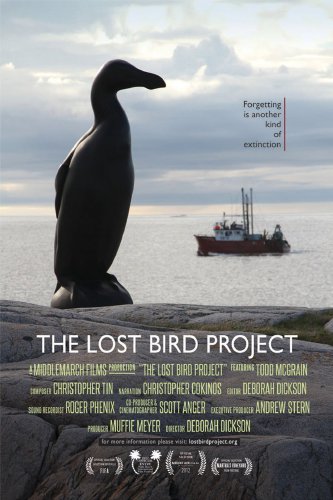 Hope is the Thing...

The score for 'The Lost Bird Project' is a personal favorite of Christopher's. It's his third collaboration with Oscar-nominated director Deborah Dickson, and perhaps their most lyrical and poignant. It follows sculptor Todd McGrain as he creates memorials for five species of extinct birds, and places them throughout North America.

The score is a sweeping, romantic, Brahmsian affair. Largely written for string orchestra with a smattering of winds and percussion, it evokes the grandeur of a murmeration of starlings.

The overture to the score, 'Flocks a Mile Wide', received its concert premiere at the Lincoln Center on April 3, 2016, with Christopher playing the piano part. It was subsequently performed again by the Royal Philharmonic Orchestra with Christopher conducting, on July 19, 2016.

On a Personal Note...

'Flocks a Mile Wide' was also the music that Christopher's wife marched down the aisle to.